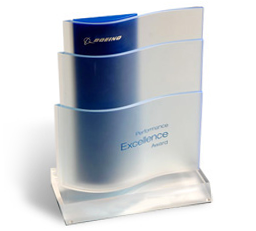 AAC is pleased to announce that it has won a 9th consecutive Boeing Performance Excellence Award for 2018. Seven of the nine awards have been Gold. While several hundred suppliers win this award each year, only a small handful have won 9 times in a row.

This recognition of 100% quality and 100% on-time delivery is a validation of the commitment that we provide to all our customers, not just Boeing. Whether it is a spacecraft on orbit, an aircraft on the front lines or a vital electrical utility power distribution network, you can rely on AAC to provide high-reliability current and voltage sensors, whatever your application, in the harshest of environments.